“A father and his two sons are lost at sea. Keep busy, eh? Hope we’ll get a body, mebbe. The widden spoon. A knock on the door wi a wooden spoon. Three women adapt to their lives as widows. Kitty can’t stop knitting. Alison needs looking after. Sylvia wants to forget. Then, one day, a knock on the door. A body has been found. One body, three women. Who does it belong to? Set in the north of Scotland, “Netting” is a moving story about finding closure after unimaginable loss.”

This month we were very fortunate to be visited by Morna Young and the cast and crew of her play “Netting”. The play was put on in the hall with a simple backdrop. The audience were presented the plight of these three women through clever dialogue and simple but effective musical sections. Although some of the audience admittedly struggled slightly with bits of the language (the characters spoke in a strong North-East Scots dialect) the emotion was undeniable and the good humour and strength of these women despite their situation was uplifting. 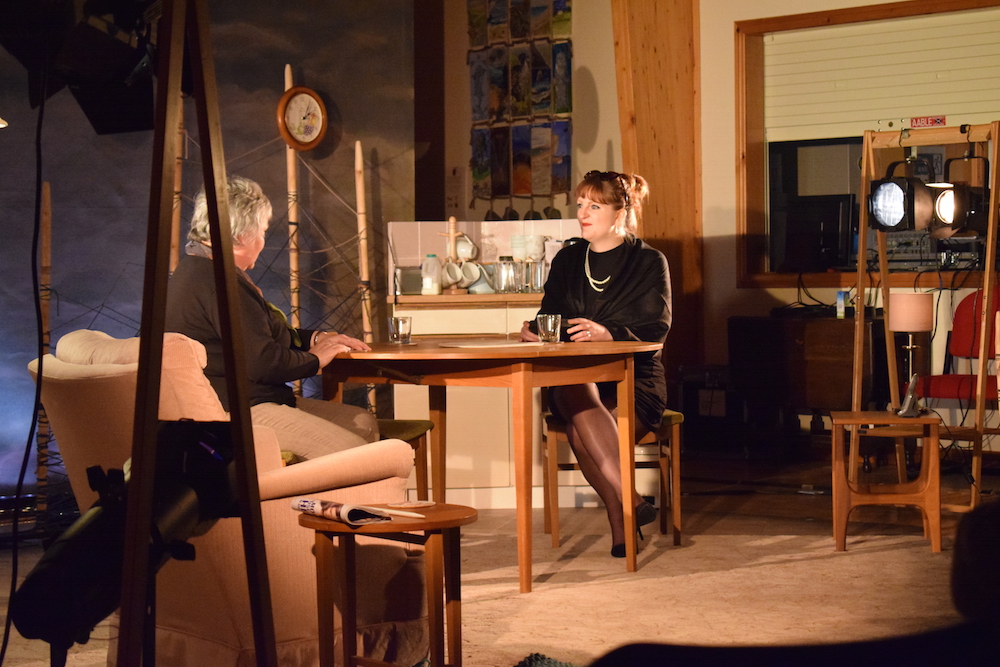 After the show the audience were treated to wine and nibbles and a chance to catch up with the cast and crew- many will have recognised the Colonsay-connected director of the show, Alice Butler.

The show has since headed to Barra, Easdale and Luing. To find out more about the show and find out where you can see it check out the website: www.nettingtheplay.com