Spring came late this year, but by May calving and lambing were well underway on the Kiloran and Balnahard farms.  An incredibly busy time sees long days and short nights for all those involved in the intense, and intensely rewarding, chapter in the annual cycle of the agricultural heart of island life. The beginning of May also sees the annual Spring Festival, which opens just as the Book Festival closes its doors and stretches long into the month, so that the island fills gradually and steadily with explorers, explorers of nature, the rich flora and fauna of the island, and explorers of creativity, discovering their hidden talents.

The Spring Festival held over the first 3 weeks of May brought to the island a diverse and eclectic range of experts and artists.  The festival is well known to provide an array of events from farm walks to jewellery making to printmaking to textile workshops to botanical walks, and much more. With over a dozen and half skilled specialists this is a festival packed full of things to enjoy and learn.  A loyal following has built up over the years so that the festival is able to engage and enrich those who participate, and is also now able to make a strong, positive contribution to the Colonsay Tourism Marketing Groups funds, and thus support other initiatives on the island. 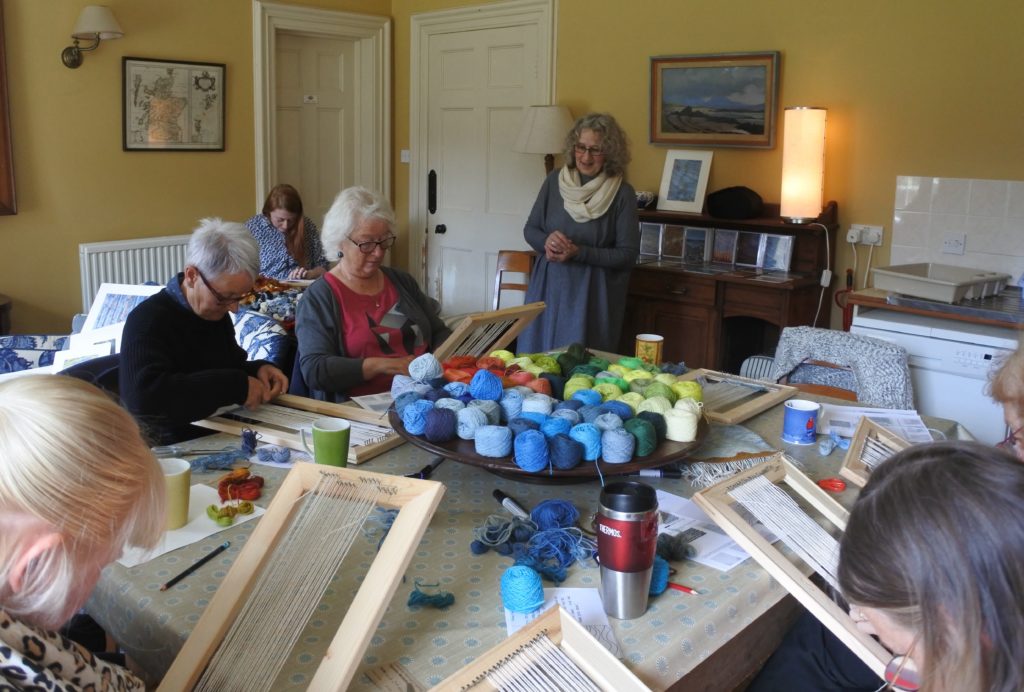 This year the Spring Festival’s main fundraising event was a May-be Butterfly Ball.  Seumas McNeill was master of ceremonies for an evening of live music from the bespoke May-be Ball Band who wrapped their tunes around a Colonsay supper, and then gave the ball-goers dancing until late.  A silent auction added to the fundraising, to make the evening both wonderfully enjoyable as well as giving vital financial support to the festival. 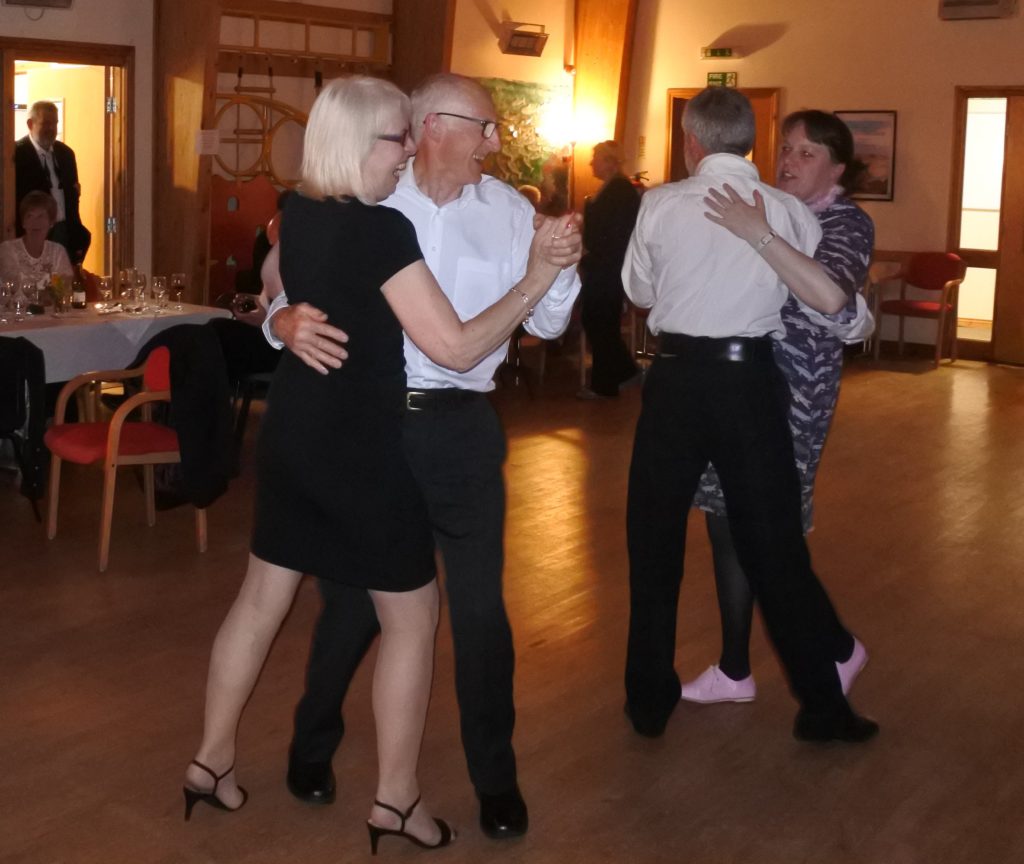 Dancing ’til late at the May-be Ball 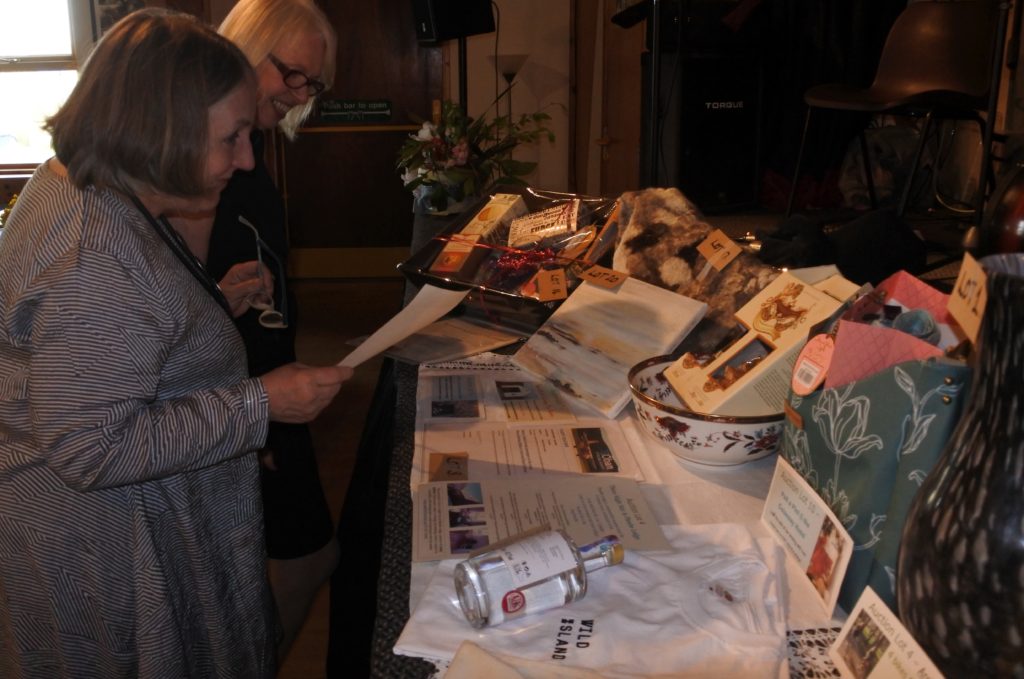 Silent Auction at the May-be Ball

On 7thMay Kevin Byrne again lead a keen group of intrepid walkers on the annual round of the “MacPhies”.  The “MacPhies” are 22 peaks on Colonsay over 300ft, and all can be reached in a single day with a bracing 21 mile walk.  This year what Kevin has dubbed “The MacPhie Bagging Ploy” raised over £400 to the Kilchattan School Educational Travel Fund. 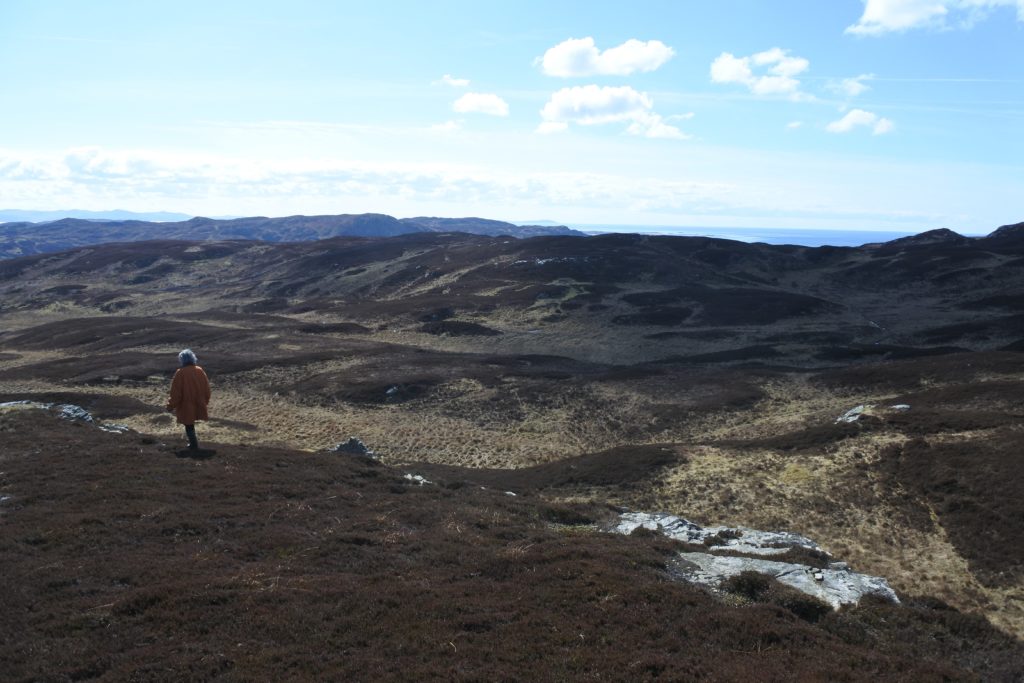 The first and second meetings of the newly appointed Community Council was held on Monday 7thand Tuesday 29th May. New councillors David Hobhouse; Alex Howard; Jane Howard and Keith Rutherford took their seats on at an inaugural meeting on 7thMay, after the planned election in April did taken place because there were 8 seats available and only four candidates.  The first council meeting was private though minutes have been issued, while the second meeting was a public meeting at which the co-option of additional councillors from the community was discussed (see official minutes for details).

Letter to the Editor

On the topic of the Community Council, the following is the text of a letter from Scott Weatherstone received by the Editor of the Corncrake.  Although the information above answers in part the questions raised, the Editor believes it appropriate that the Corncrake continue to be a conduit for transparency, and to allow members of the community to share their reasonable concerns and, as Scott Weatherstone does, to request information and clarification, in a courteous and respectful way.

Suggestions of recent changes to our Community Council have been a common topic of conversation amongst residents in recent days.  Nobody seems to have accurate information; the purpose of my letter is to ask for clarification from the Community Council.  This is important for all full-time residents, the official purpose of Community Councils in Scotland being “to ascertain and express the views of the community to the local authority and other public bodies”.

I’m asking these questions via the columns of the Corncrake* and would be very grateful for a reply through the same channel, so that this important information is available to the whole community,

Many thanks in advance,

Scott Weatherstone (in an individual capacity).

*for which I thank the Editor.”

Unfortunately, this month there was considerable disruption to CalMac’s services, not only to Colonsay, but also across the whole of the Hebrides, as CalMac continued to make changes to timetables across its network to cope with problems with operational issues with its fleet of ships.