As the doors closed on the 6th Annual Colonsay Book Festival on the last Sunday in April, it marked the end of another successful chapter in life of what has become one of Scotland’s literary treasures. At the same time it was a poignant moment because, as Dilly Emslie, at the helm since the Festival’s inception, closed the festival she also stepped down as its Director. Once again Dilly led her hard working festival committee to produce an outstanding event for such a small community, as a star-studded array of authors delighted the appreciative and enrapt audience filing Colonsay’s community hall, a venue as austere and rugged on the outside as it is warm and welcoming within. 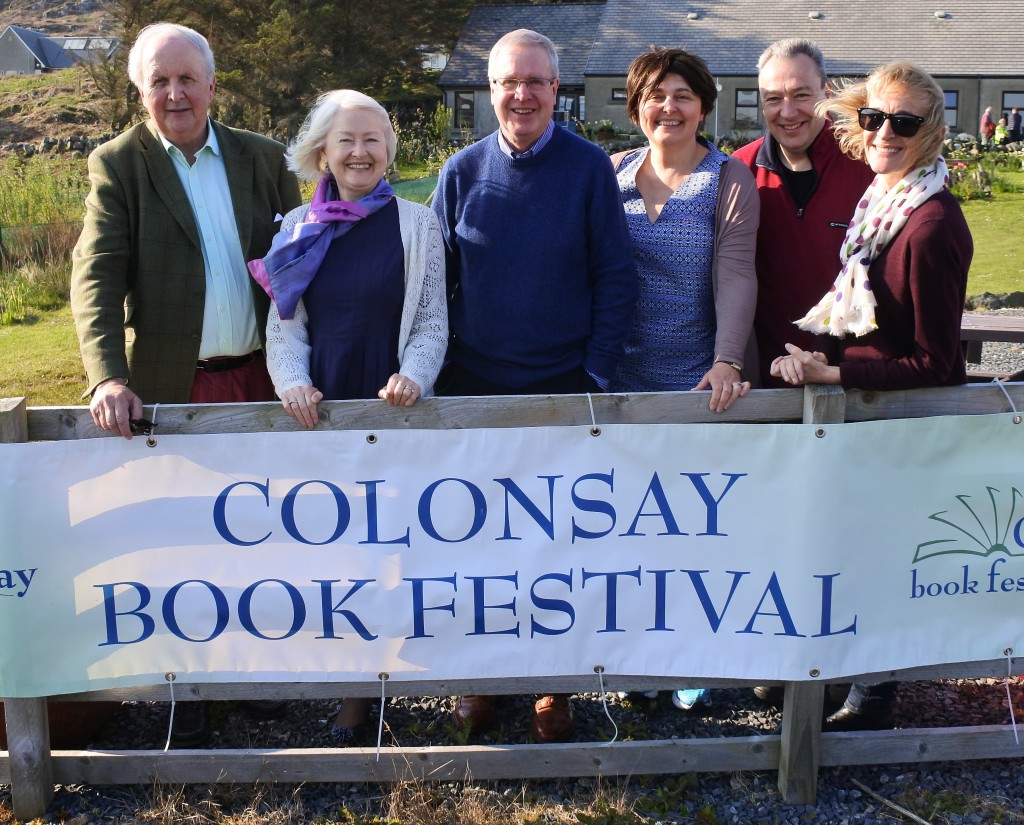 The authors at the 2017 Colonsay Book Festival

The authors this year included Alexander, “Sandy”, McCall Smith, returning to the festival to bring the joy, wit and humour of the galaxy of his creation of characters.   Then, in a contrast to Sandy, and indeed to each other, there were two poets, Edinburgh Makar, Christine de Luca and Glasgow Makar, Jim Carruth: the lilting soft spoken rhythms of Shetland matched against the modern pastoral, plain speaking life of Lowland farming. The diverse mix continued with the cookery writer, now novelist, Sue Lawrence, historian Jim Hunter, and modern fiction writer Karen Campbell. Karen Campbell was introducing her two most recent works, which continue to differentiate her style from the traditional Crime genre, with which she is sometimes associated. Sue Lawrence delighted the audience in her conversation with Pru Irvine, as she described blending the food world she knows and has written about for so long and so well, into a fictional setting as she has successfully transitioned to writing dual narrative novels, with a historical thread set alongside a modern one. James Hunter’s new account of the Sutherland Clearances has unsettling present day resonances with its vivid description of the forced displacement of families from long loved homes to the unknown and uncertain future of resettlement as often unwelcome refugees. Jim also sparked a lively debate about the future of land use in the Highlands and Islands, by prompting discussion about the re-population of “wild” land, and pointing to the potential synergy between wild raptor populations and land being under cultivation.

The “Festival Fringe” has grown this year, with 3 free events taking place at the hotel and parish church over the weekend. 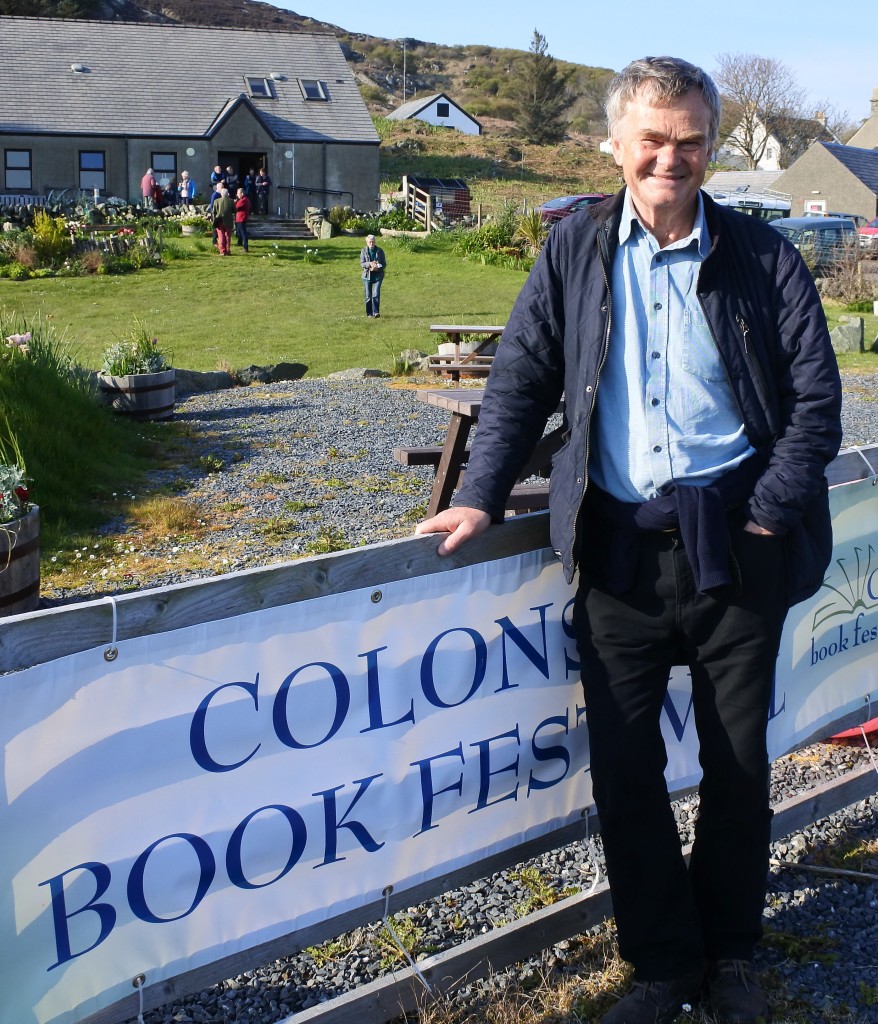 There were two book launches with Eilidh Scammell and Dr Jacob King introducing “Gaelic in the Landscape: Place-Names of Colonsay and Oronsay” at the hotel on Friday night, and on Saturday night Dion Alexander entertained a packed parish church with readings from his memoir “The Potter’s Tale”, which recounts vivid stories from Colonsay in the 1970’s. The lounge at the Hotel was full too on Sunday morning to hear Hugh Andrew describe the role of the publisher in Scotland, and his personal journey from book purveyor to first establishing and then building the now highly successful Birlinn publishing, a journey that has already included, as Hugh recounted, many amusing and memorable moments.

So, the festival continues to entertain and inform, to bring mirth, and bring thought provoking subjects relevant to locals and visitors alike, thanks in good part to the valued, continuing sponsorship of Caledonian MacBrayne, Marine Harvest, the Colonsay Bookshop, the Colonsay Brewery, the Colonsay Hotel and Estate, the Colonsay General Store and the Pantry.

The final words of course at the festival were, naturally, thanks to Dilly Emslie for her unmatched contribution to the festival that Alexander McCall Smith described as “superb”. Thanks also go to Diane Clark and Christa Byrne who have stepped down from the festival committee after long and dedicated service, and a welcome extended to Richard Irvine, Richard Buttrick and Neil Hutton who have joined. 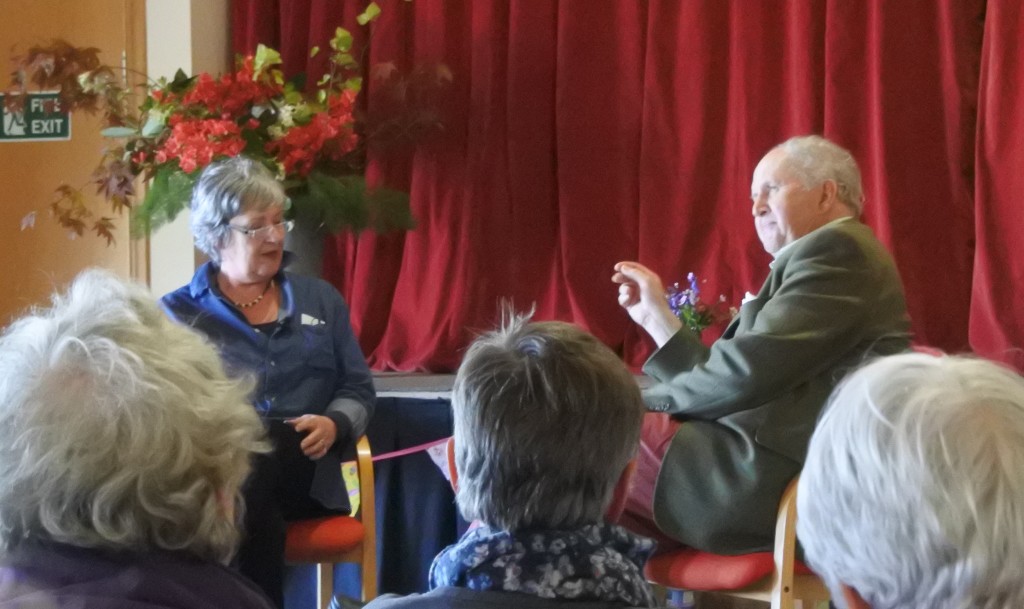 The 7th Annual Colonsay Book Festival will take place on the last weekend in April 2018, and devotees can be confident that under new management the “small and intimate is good” ethos of the festival will remain and continue to attract high calibre authors, as Dilly Emslie though retired as Director, will continue to take an influential role behind the scenes.

Spring Festival – the first half
Easter on Colonsay
Share
1