An exhibition featuring the stories of the men who left Colonsay to fight in the First World War never to return is underway on the island.

Entitled ‘Colonsay Remembers’ the exhibition featured photographs and biographical details of the dead.

The stories behind the names recorded on the island war memorial in Scalasaig are told in a book by Alan Davis called Colonsay’s Fallen – available in the bookshop.

Also on show is the remains of a huge shell believed to have been fired from a battleship under the watchful eye of Winston Churchill in 1913.

Naval gunnery trials were underway with HMS Formidable and HMS Liverpool test firing 4 and 6 inch shells. Fragments of these are found from time to time around the south of Oronsay.

Churchill was First Lord of the Admiralty at the time and watched some of the proceedings from a warship and then climbed Ben Oronsay for a better view. 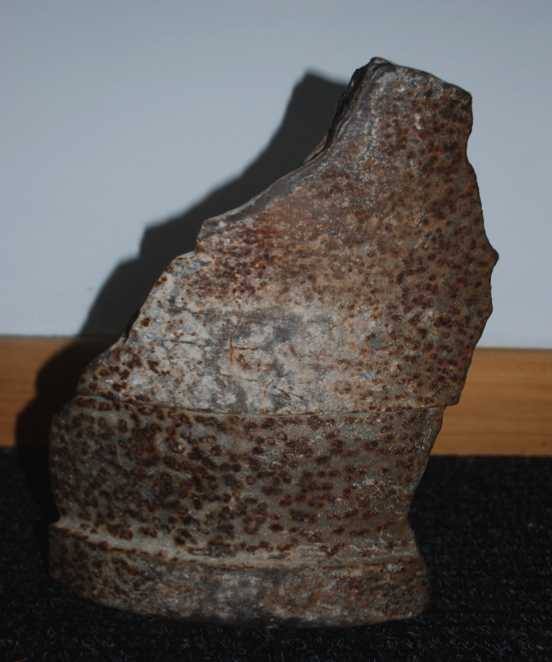 The exhibition is being held in the old generator shed at Port Mhor and will be open until the autumn and is organised by the Colonsay and Oronsay Heritage Trust.

The trust is currently in the process of buying their home and surrounding site from the Colonsay Estate.

A history student, Stephanie Kirby, is shortly to start work with the trust helping to set up an archive system and collate the photographic collection and work on the website.

Trust secretary Carol McNeill said: “If anyone has anything relating to Colonsay and Oronsay that they would like to loan or give to the trust we’d love to hear from them. Space is a problem for us at the moment but if we know what artefacts and photographs may be available to us it will help us plan what space is needed in the future.”

If you have anything to offer the COHT they can be contacted at COHT@btinternet.com