An exciting arrival on the strand this month was a little egret. Only the third record for Colonsay & Oronsay, the egret has been seen feeding regularly in the shallow pools at low tide and has also been seen on the golf course once the tide is in. This compact, brilliantly white heron has black legs and bright yellow feet so is hard to miss. Only appearing in the UK for the first time in 1989 it has naturally begun to colonise. It has been rapidly expanding its range from Northern France in the last two decades. More common in the South of the UK is it gradually heading North and is a very exciting and interesting species to see here. 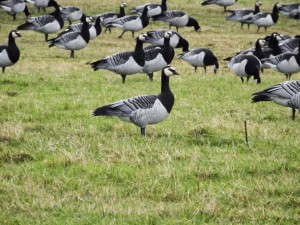 The counts of Greenland barnacle geese have been brilliant on Oronsay with over 3000 individuals counted at times over November. 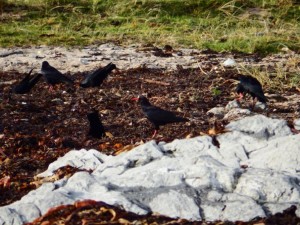 The wintering chough flock has begun to grow. Fourteen have been seen this past week, busy feeding in the kelp for insect larvae on the beaches around Oronsay. 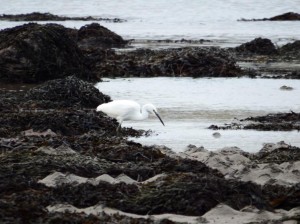 Snow buntings have also been passing through again this month. Two blue tits were also an exciting find. A flock of fourteen chaffinches have also been flitting around the farm yard. Two woodcock were flushed while we were gathering sheep this week, they look giant compared to the snipe we are used to seeing. 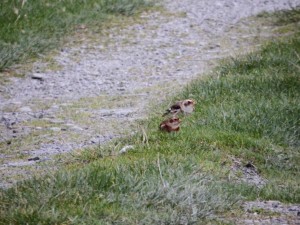 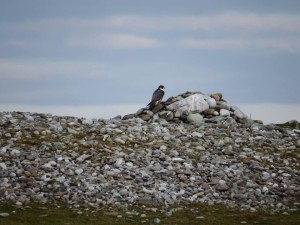 A male peregrine falcon has provided very rewarding views this month. This will likely be the male from their pair which breed on Oronsay. The female will have probably moved off the territory for the winter months to hunt further afield while her mate has remained behind to defend their patch.
Research by PhD student Nina O’Hanlon gave us a fascinating insight into herring gull movement. A gull tagged and ringed on Oronsay was found in Faslane! We will be checking herring gulls very closely for rings while out feeding the cattle for returning birds this season. Please do keep your eyes peeled for ringed herring gulls around Colonsay and Oronsay. The rings will have a number and letter combination unique to each individual bird. For more information on Nina’s work visit: http://goo.gl/QkIzEO 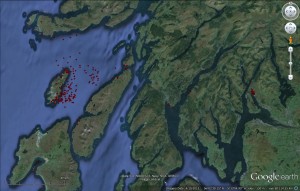 What to look out for in the next month
Keep an eye out for Nina’s ringed herring gulls! December is a good time to look out for divers offshore all around Colonsay and Oronsay. Great Northern divers especially at this time of year can be seen around the coast. They will typically be seen ‘snorkelling’ close to shore looking for fish before diving after them.
Feel free to email or call with any wildlife observations or questions,
Morgan, Assistant warden Oronsay Reserve
morgan.vaughan@rspb.org.uk
RSPB office – 01951 200 367