HomeNewslettersSpring Festival – the first half

Spring Festival – the first half

Colonsay’s Spring Festival, which centres on the creative arts and nature, began as the Book Festival closed its doors on the last weekend in April, with the Old Waiting Room gallery opening its doors to a joint exhibition by renowned artists Alasdair and Andrew McMorrine. The exhibition of the brothers McMorrine included a diverse collection of works in various media.  Oil and watercolours alongside pen and ink washes depicting scenes from Colonsay and other Hebridean islands.  Amongst the varied array of other events and workshops in the first half of the Spring Festival were collage making, simple book binding and block printing, as well as nature walks exploring lesser and more well known parts of Colonsay. 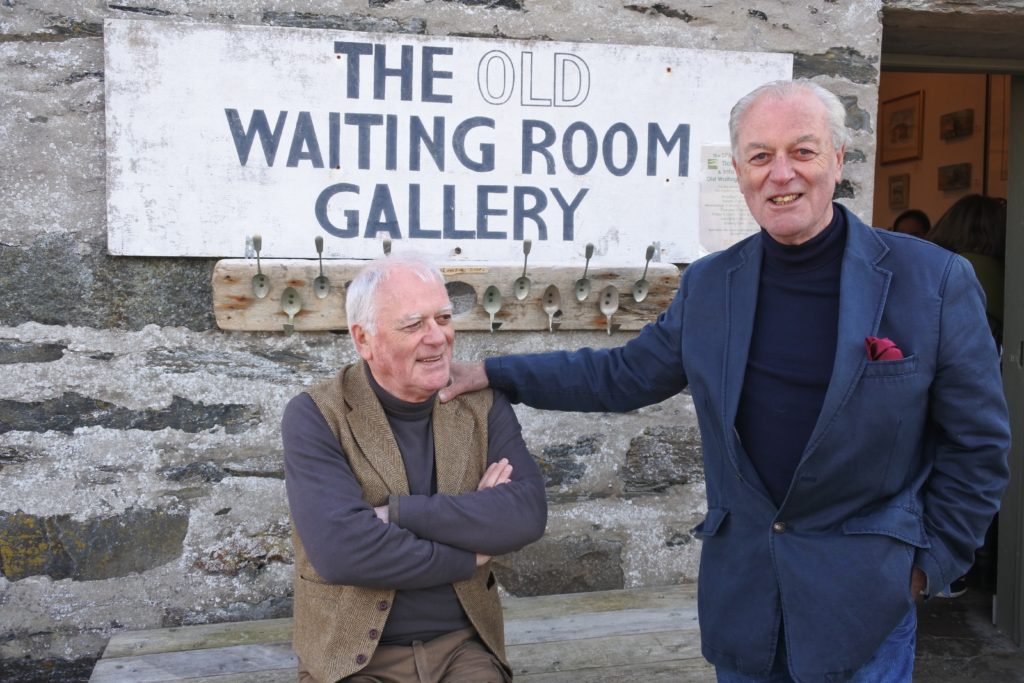 The first full week of the Festival began on 1st May with a sponsored climb, which is more of a walk and clamber, up Colonsay’s 22 “MacPhees”. What the “Munros” are to the rest of Scotland the MacPhees are to Colonsay, though on a much smaller scale. The MacPhees are all (just ) over 300 feet high, and the object of the sponsored trek is to climb them all in one day, which Kevin Byrne successfully led a group of stout walkers to do, raising money for charity on the way. 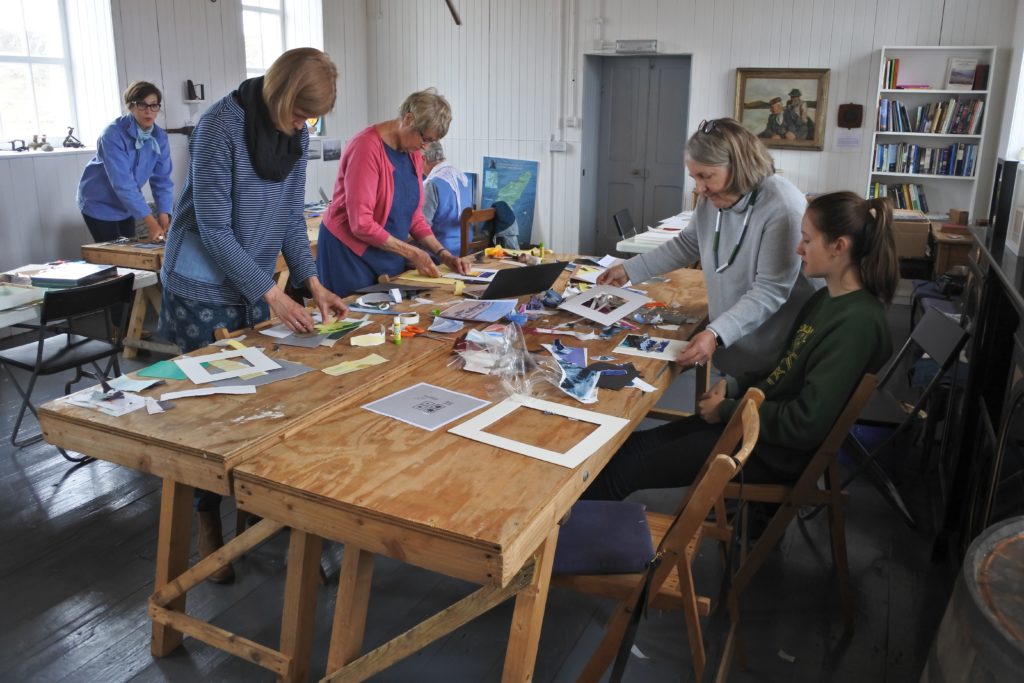 More leisurely creative events started with a felting workshop run by Lotta Leahey and continued with collage making under the expert eye of Carol Paterson.

Through the week Alasdair McMorrine held a series of sessions making curiosity boxed to capture mementoes of a visit to Colonsay and simple block printing; whilst Andrew led a variety of walks exploring Colonsay’s & Oransay’s historical past.

The diary of things to do offered its usual range of choice and interest with also on offer:

an exploration of the flora and fauna of Colonsay with David Jardine, first in an illustrated talk, and then for real in a guided walk

plant and natural dyeing with Anne Ferguson and Morag Tweedle

The exhibition at the Old Waiting room in the second week of the Festival included a combined showing of the works of Morag Tweedie, Anne Ferguson and Carol Paterson.

One of the more diverting events of the first half of the Festival was a supper by Fi Martynoga of 18th Century food, including bannocks, stovies and nettle soup. Fi also led a foraging expedition to find wild food on Colonsay to go into a shared lunch. 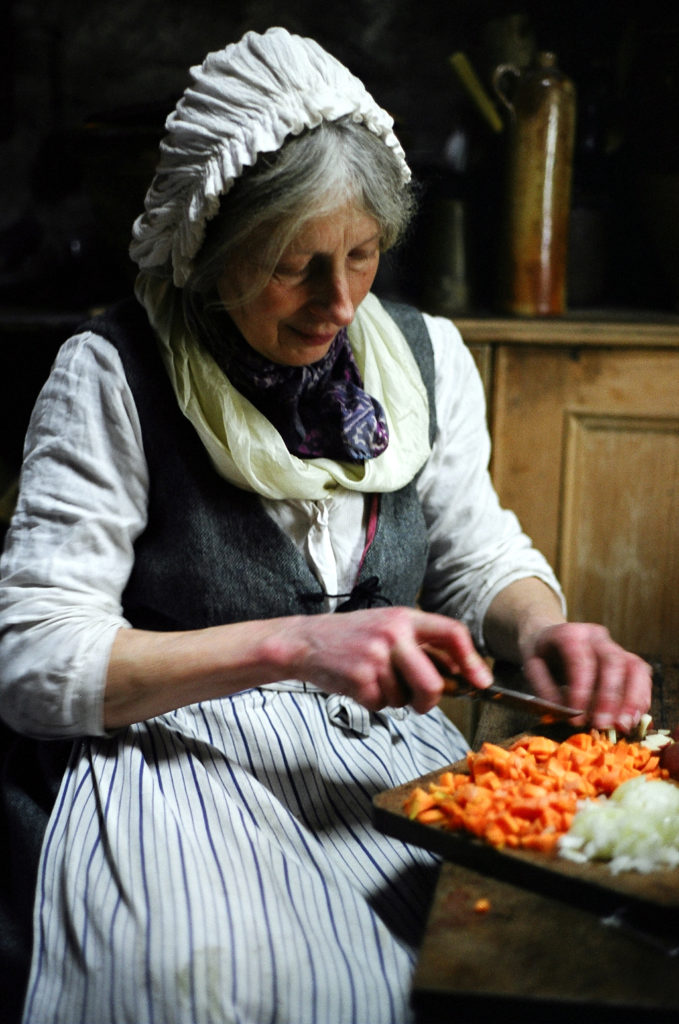 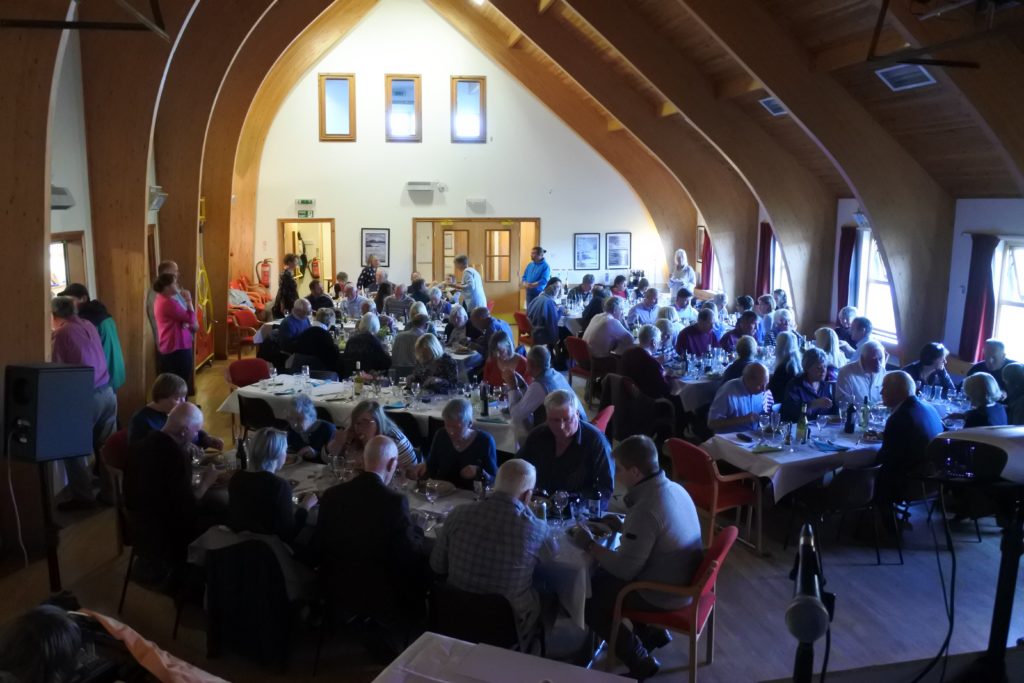 On the second Tuesday there was a special, fund-raising event with a meal of Brownings Bakers champion pies and an exotic mix of quiz formats whipped up into an extravaganza entitled “Universally Challenged”, which was hugely enjoyable thanks two willing if variously-abled teams, under the steady hand of Pedie McNeil, and the talented quiz making and the audio-visual presentational skills of Kier Johnstone.

The event was sponsored by:

and raised over £3000 for the Colonsay Tourism Marketing Group which backs the Spring and Autumn Festivals on Colonsay. 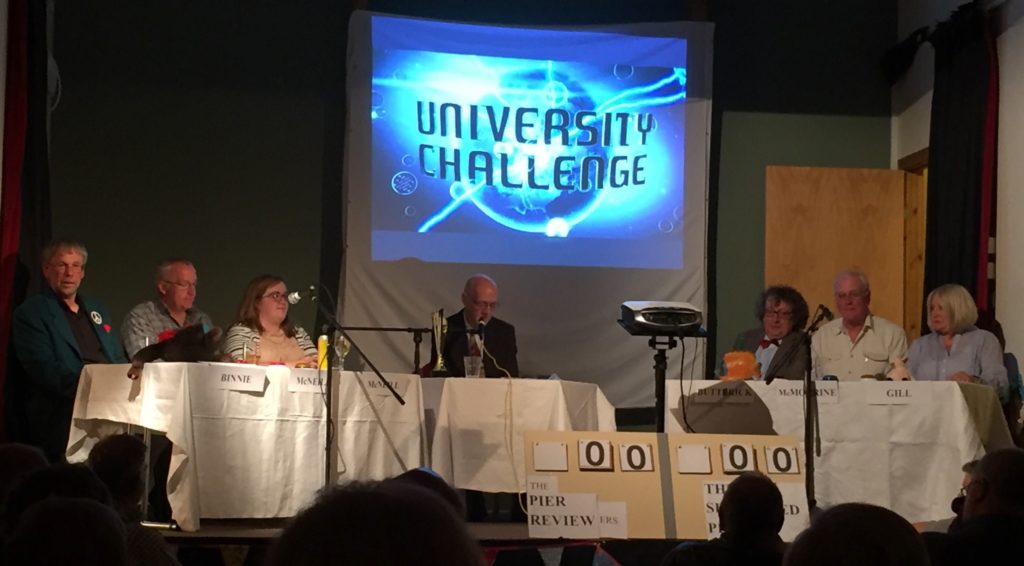