Recent heavy rain raised the level of Loch Fada and eventually the water was 15” deep over the road as it passes An Déabhaidh (“the shallow channel between parts of the same loch”).  In consequence the road had to be closed for three days, something of a rarity these days.  Some twenty five years ago, Ronnie Gillies and his merry men set out to cure the problem, which up until that time was a regular occurrence.  He noted that the road was unsupported at that point (having been constructed in a hurry and under contract in 1910), and that it passed over a body of peat that was no less than 30ft thick.  Even after the road was first built, David Clark of the hotel had a contract to carry the schoolchildren across the flood in a horse and cart, and in pre-road days the biggest boy in the school used to carry the schoolmaster across on his back! (The schoolmaster lived in Laonary, “the fank”, and you can still see his compass-work scribed into the plaster.)
No amount of infill could solve the problem; in ancient days a road such as this would have been supported on a hurdle (like a peep-proof fence panel) made of osiers, as for example was used at Dublin (Baile Atha Cliath “town of the hurdle-ford”), so Ronnie used the modern equivalent – he laid his new road upon a lengthy stretch of rot-proof modern membrane and it was a huge success.  During the construction period, all traffic was diverted by way of “the old road”, through Colonsay House policies. 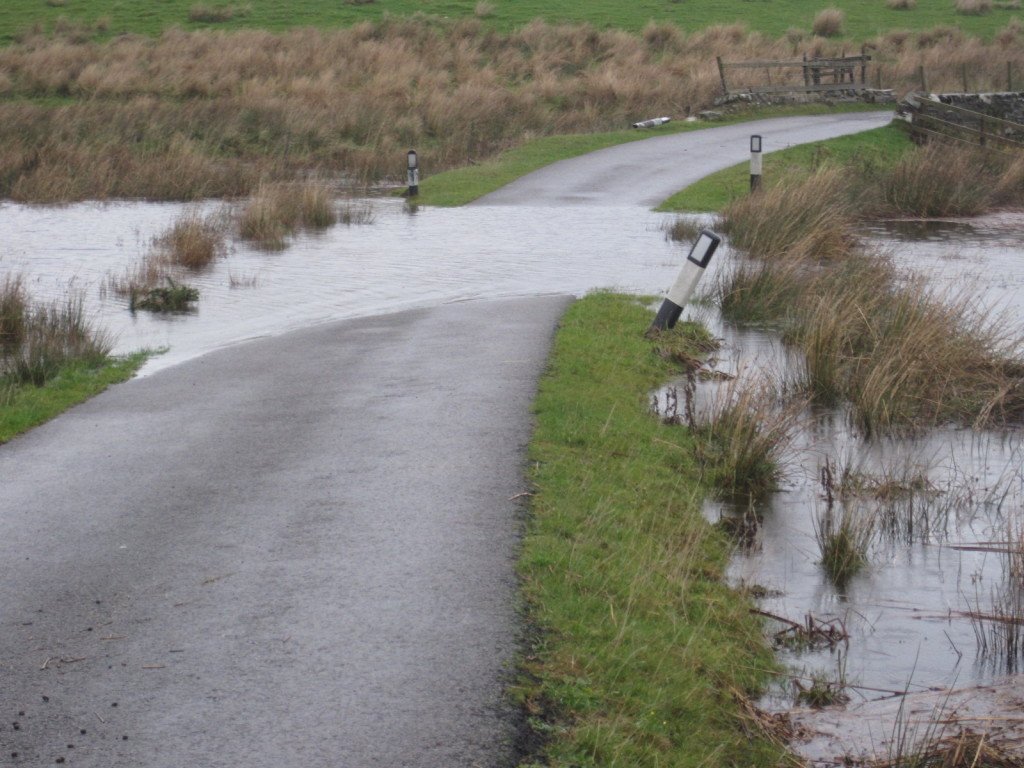 A few years later, the outflowing burn was deeply dredged (both sides and bottom) all the way to the sea, which obviously affected the status of the loch as a Site of Special Scientific Interest as it threatened the water level in the loch.  To mitigate the problem a sluice was created (see picture), so that timbers could be inserted in summer to maintain an adequate water level, and be removed in winter to prevent flooding.  Unfortunately, the timbers were seldom (or never?) inserted and in the summer months the water fell to very low levels so that the peat below the road dried out and was compressed.  The road could not sit in mid-air, so it slumped, rather unevenly, resulting in an ever-increasing camber towards the west (see picture).
The end result is that we now have a dangerously sloping road surface on a compressed layer of peat and we are back where we were 25 years ago.  Sadly, the genie cannot go back into the bottle – the peat cannot be decompressed.  On the other hand, increased deepening of the burn would have horrific implications for the flora and fauna dependent upon one of the very few water-courses in the island, and in any case would merely lead to a future replication of the current problem.  It is essential that steps are taken to maintain a reasonable water level during the summer months and one can only wonder why this has not been done.   Scottish Natural History should be protecting the status of the SSI and Argyll & Bute should be protecting the integrity of the road – if either body had fulfilled its responsibilities all would have been well. 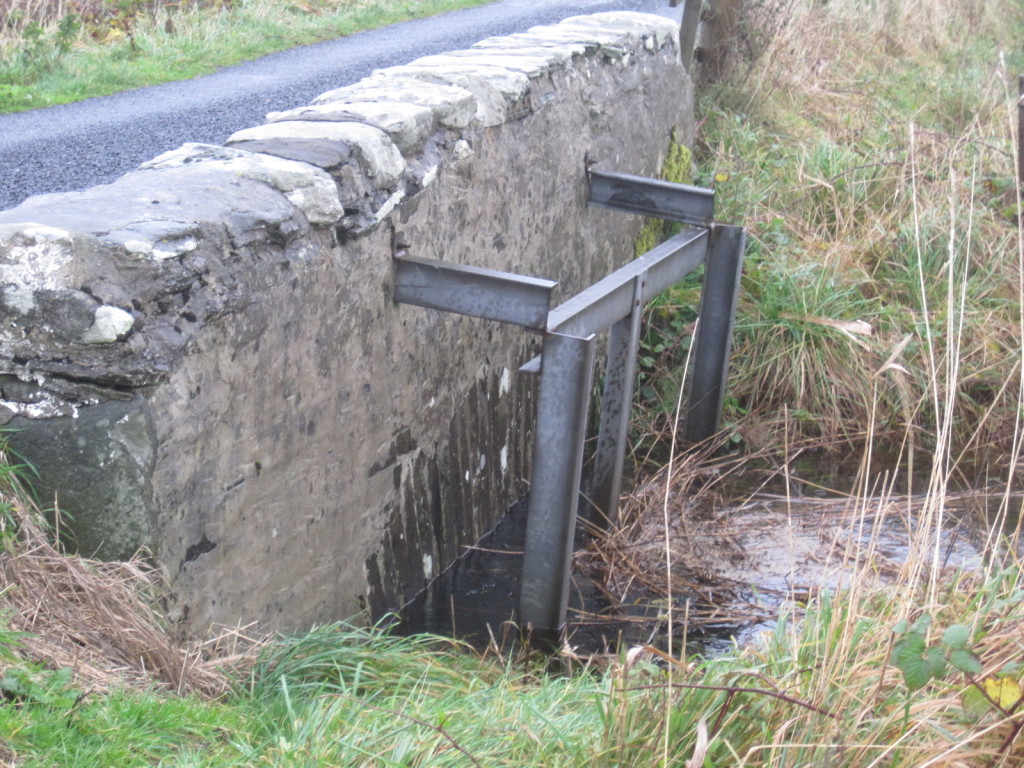